Madrid Fusion 2017, the biggest food event of the year, went into a spin as Region 10 brought in the best of the province in a variety of kakanin. With Regional Director Marie Elaine S. Unchuan of the Department of Tourism (DOT) leading the way, Region 10 aimed to win the heart and stomach of all attendees of the event, local and foreigner alike.

With this year’s delivery of the best delicacies from the region, RD Unchuan aimed to let people knew that there is truly more than what is known about Region 10. From point to point of the region, the whole Region 10 DOT was ready to wow those in the event with what they were presenting in the 3-days event. From Bukidnon to Misamis Occidental, a good selection of delicacies was presented as part of the gastronomic wonder of the region. The delegations are as follow: RD Marie Elaine S. Unchuan – DOT10, Josephine H. Roque – DOT 10 Focal Person, Leonila S. Arguelles – Kitchen Focal Person, Chef Benzar Aradani , Camille Ambalario – Chef’s Assistant , Nelia B. Lee (Food Sponsor), Agnes Garcia Sue (Food Sponsor – Clarin, Misamis Occidental), Mayor Clive Quino and Mrs. Rina Quino (Food Sponsor -Manolo Fortich, Bukidnon) with other DOT 10 personnel.

People were won over by the delicious suman from Clarin, Misamis Occidental, the crunchy peanut brittle, the delicate pastel by Vjandep from Camiguin, that grated young corn delicacy called binaki and chicharon from CDO, the peanut goodness of Cheding’s from Iligan City ad the sweet pineapples of Manolo Fortich, Bukidnon. Paired off with it were the various coffee goodness of the region. Not only are delicacies featured but also the Humba de Oro and Ostrich Salpicao; two dishes displayed during the regional lunch last April 8 under the careful hands of Chef Benzar Aradani.

A good number of gastronomic wonders are to be expected and seen at this year’s Madrid Fusion. Region 10 was all set to give and serve their own tongue-wonder creations and win the hearts of people to come and explore and taste what they have to offer as a region, as a province and as Mindanao. 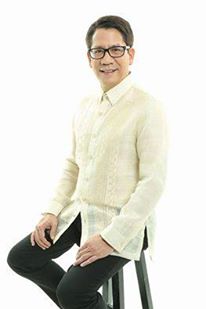 “Education shall be the comparative advantage of our youth so that they can have a better future.” According to Congressman Roman T. Romulo who is also running for a senatorial seat this elections.

But who is Cong. Roman T. Romulo?

To those that reside in Pasig, he is commonly known as their beloved Congressman that was able to grant access to a lot of progress for their city. To the Filipino youth seeking a chance, he is the author of UNIFast and Iskolar ng Bayan Law that gives free education to those that would like to obtain their college degree. And to the common Filipino he is the husband of former Valenzuela councilor Shalani Soledad-Romulo.

But beyond these, there is more to know about Roman Romulo that voters need to know as well.

Roman Romulo was able to pass laws that paved the way to more scholarships and access to better quality education with Iskolar ng Bayan and UNIFast Law.

Iskolar ng Bayan would be able to send the top 10 students from public high schools to the state university with their tuition fees and other fees needed by the student.

Unifast Law is just a new law that was signed last October 2015 that gives a better chance for students to be granted student loans and the only requirement is if they are unable to be sent to college by their family.

Roman Romulo was able have committee hearings to investigate on the impact of K-12, the rehabilitation of State Colleges and Universities that were hit by typhoon Yolanda and other calamities, the increase of plantilla positions for our faculty and the release of salary promotions for the faculty, among others.

And also the attendance to Board Meetings of SUCs to guarantee compliance with laws, CMOs on every project/ proposal especially those relating to students’ rights and procurement for transparency and accountability.

There is really more to Roman Romulo that people do need to know this coming elections. As a strong believer that education is the key for one’s success, Roman Romulo is aiming to get more laws that is able to send more Filipino youth to college once he is in the senate.

My Name is Nikki de Dios, I am a Communications major and a blogger by profession. Feel free to contact me if there's any questions and concerns, I will reply as soon as I can. Thank you